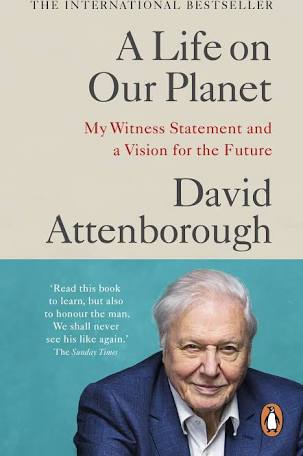 PREPARING FOR PAROUSIA - GOING DEEPER
This page is a general introduction to the Preparing for Parousia - Going Deeper monthly group on the 2nd Saturday of each month at 3pm during 2021.
Written material for the theme each month can be found on the Parousia Blog page which can be accessed as a sub-menu on the Parousia menu tab.

​Parousia is the Greek word for Presence.  Meditation, contemplation and prayer begin to really undergird our lives when we  experience and develop a sense of Presence in our practice.  This may well be a different experience for each one of us, and our associations and interpretations are likely also to be different.  But it will be a feeling state and a flow of consciousness that each of us will come to recognise and treasure for ourselves.  It becomes an inner anchor that we can return to time and time again, an inner space that nurtures and informs us.  It can enable us to Go Deeper into our own stories and into the extraordinary story of Life.  It is exactly this that the Preparing for Parousia group is exploring.


Consciousness is now a key word and concept in our modern world, of key interest to philosophers, anthropologists, neuro-scientists, evolutionists, and others, for a number of reasons.  What is of interest in Preparing for Parousia is the now widely recognised fact that human consciousness has evolved and is continuing to evolve.  For instance, the world for a paleolithic hunter gatherer was a very different world to ours.  We tend to think our scientific grasp of the world is vastly superior.  But is it?  Understanding the evolution of human consciousness is not however only about what we think we have gained in consciousness since those times, it is as much about what we may have lost.  And regaining what we have lost may well be far more important than what we think we have gained.  This is where Parousia comes in, learning to participate again in Presence.  The ancients, even the medievalists, had a sense of actually participating in the life of the universe, not just standing over and against it as we are increasingly doing in our modern world. Can we regain a sense of participation, of being open to the mystery and letting it speak to us.  This is what we are exploring in Preparing for Parousia.


Fortunately for me the whole idea of the evolution of consciousness has been popularised in a recent book by Englishwoman Jo Marchant, The Human Cosmos: A Secret History of the Stars.  Its great value is that it is a ‘good yarn’, as one friend suggested.  Although dealing with very important issues, it is entertaining and readable.  It makes the phenomenon of the evolution of human consciousness available to everyone, and makes clear that this evolution is now down a dangerous cul-de-sac for western consciousness especially, but really for the whole world.  She has chosen twelve stories ‘that tell us something about how people through history have seen the sky’.  She writes,
These twelve stories trace a path from humanity’s earliest expressions in cave paintings and stone circles; through the birth of great traditions such as Christianity, democracy and science; to the hunt for alien life and our recent flights into actual- and virtual- space.  It’s a journey that helps to explain who we are today, and can perhaps guide a future course.  It can be hard to see the limits of something when you’re embedded in it.  I hope that zooming out to survey the deep history of human beliefs about the cosmos might help to probe the edges of our worldview and beyond.  How did we become passive machines in a pointless universe?  How have those beliefs shaped how we live?  And where might we go from here? (page 10)


Our group Preparing for Parousia makes use of Marchant’s book.  Some may like to purchase a copy and follow through chapter by chapter.  But you don’t have to.  Each month on the Parousia Blog on this Open Sanctuary website I will highlight the issues we will be dealing with in the upcoming Saturday group.  This will be enough to fully inform you in preparing for the group.


As if to underline the essential message of Marchant’s book, and the idea of the evolution of consciousness, and the point and purpose of the Preparing for Parousia group, I met a young scientist, just after finishing reading the book, who is preparing a doctorate in astrophysics, the modern study of the stars and the heavens.  He was able to tell me that in his work he does not need to look at the actual stars and the heavens.  He works entirely from computer models.  There is the nub of the matter.


Finally, the word Parousia has other meanings.  It also means ‘arrival’ and ‘official visit’.  Classically it was used to denote the visit or arrival of a king or emperor.  In the New Testament it is used 24 times to describe the coming or arrival of an individual.  Paul uses it to note ‘the coming of the lawless one’, later to be identified as the antichrist.  It is also used to denote the ‘arrival’ of the Son of Man at the end of time, later called the second coming of Christ.  It could equally be used for ‘Isa in Islam and Maitreya in Buddhist tradition in that sense.  However important such a use of Parousia may be in the outworking of history, the sense that is important for us in our ongoing lives now, and which we are looking at in Preparing for Parousia is the Presence we can sense in nature, in innocent children and animals, in places of sanctuary, solitude and silence, and in holy good loving human beings, especially Jesus and all the saints and holy ones of the Earth.  This Parousia is Spirit and Life.


In that sense it stands in an interesting juxtaposition to the word Apocalypse, or Revelation, that which is uncovered.  The word has become common coinage in recent times particularly.  There hangs over us an increasing sense of urgency about the state of the world, now summed up by the word apocalypse, which means for most people ‘destruction or damage on a catastrophic scale’.  Parousia means the opposite.  We need to prepare for it.  To help us with that in the group we will refer to Rupert Sheldrake's last two
books, Science and Spiritual Practices: Reconnecting Through Direct Experience and Ways to Go Beyond and Why They Work: Spiritual Practices in a Scientific Age.